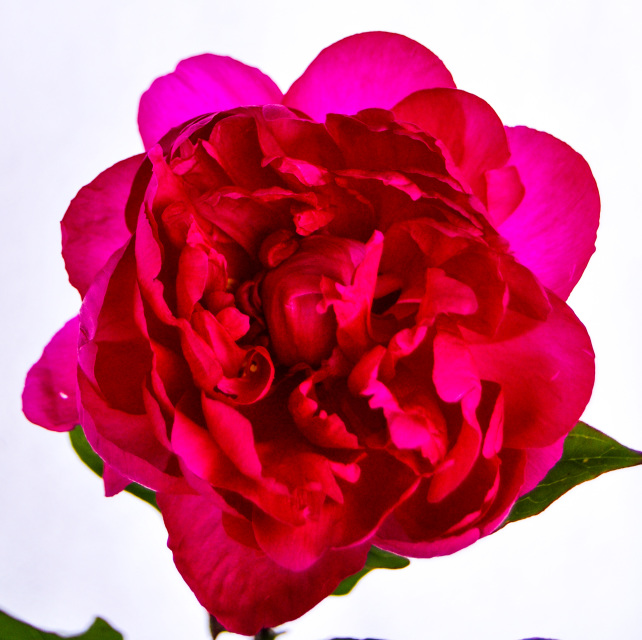 A bright cerise red. Very bright, semi double flowers. Not as suited to the picking due to not being fully double, however, it does make A LOT of flowers.