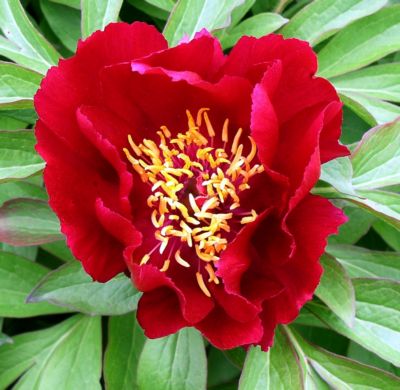 One of the earliest peonies to bloom, taking on its mothers trait (p. Tenuifolium). Fern like foliage, lots f smaller blooms to 50cm. New Release.