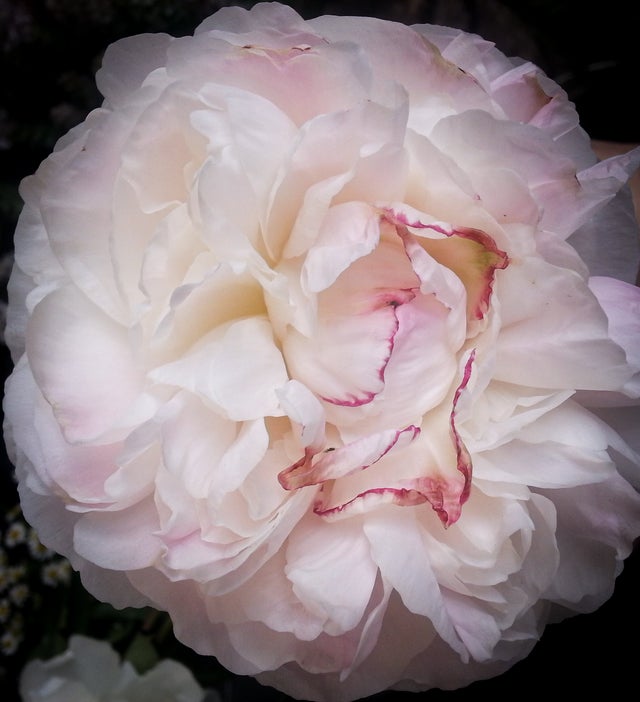 Just look at the bloom. Absolutely huge flowers, palest of pinks with a raspberry ripple through out. New Release.